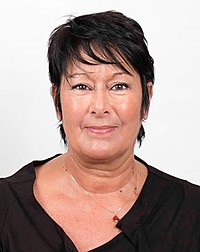 I am General Secretary of the global union federation Public Services International. I was elected at PSI’s World Congress in November 2012 and was re-elected for a second mandate in November 2017.

In March 2016, I was nominated as Commissioner on the UN Secretary-General's High-Level Commission on Health Employment and Economic Growth (UN ComHEEG), representing the trade union movement, health workers and public services.

I am also a member of the United Nations High-level Experts and Leaders Panel on Water and Disasters and of the Cornell University International Labour Relations Worker Institute Advisory Council. I also collaborate closely with the Independent Commission for the Reform of International Corporate Taxation (ICRICT).

In 2002, I was elected to the FP-CGIL (Public Services branch of the Italian General Confederation of Labour) National Secretariat and led the European and International Department from 2005 to 2012. Prior to that, I was responsible for the municipal and healthcare sector and was FP-CGIL General Secretary of the Lombardy region. In these roles, I led successful campaigns against water and health privatisation and led the first European project on the role of public services for an inclusive policy for migrants and asylum seekers.