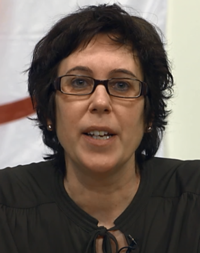 Esther Busser is the Assistant Director in the Geneva Office of the International Trade Union Confederation (ITUC) and assistant secretary to the workers’ group in the ILO since February 2009. She previously worked as trade policy advisor for the ITUC from 2003-2009. She holds a Masters in Economic Policy from the University of Nijmegen, the Netherlands, and worked previously in the ILO and UNCTAD. She was secretary of the workers' group on the ILO discussion on global supply chains in June 2016 and is the secretary of the workers' group for the update of the ILO's Tripartite declaration of principles concerning multinational enterprises and social policy (MNE Declaration)