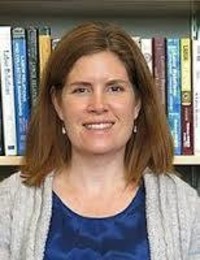 Mary Bellman is a Labor Educator and Assistant Teaching Professor at Penn State’s School of Labor and Employment Relations. She facilitates educational programs with workers and union members on topics such as globalization, economics, and immigration. In addition to her current role as a labor educator, Mary teaches on gender and the global economy in the Global Labor University (GLU) program at Penn State. After earning her Ph.D. in Political Science from the University of New Mexico, Mary served as program director for a labor solidarity organization based in Guatemala, coordinating educational programs with union women throughout Central America.
Mary joined the faculty at Penn State in 2014 after six years with the University of Minnesota's Labor Education Service. During her career, Mary has helped to develop several labor leadership programs and has coordinated regional summer schools for union women. She also serves as the Northeastern representative to the national board of the United Association for Labor Education (UALE).